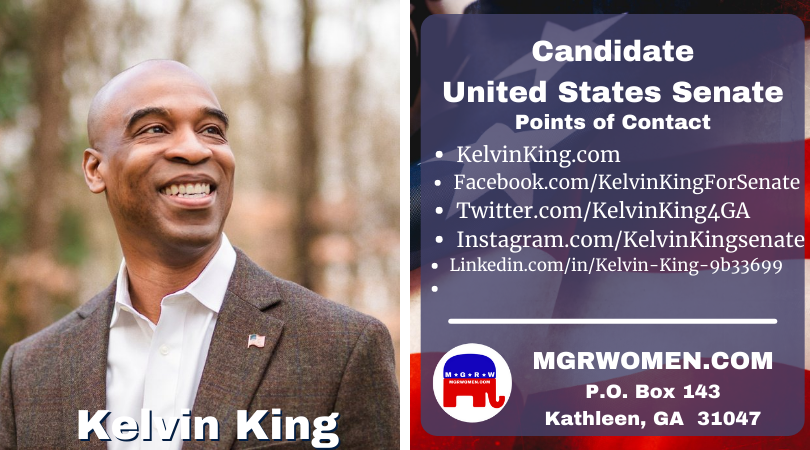 Kelvin King was born in Macon, GA and raised in Mableton, GA. His mom, Janet, was a teenager when she had Kelvin. His mother, at a young age, had the courage to leave an abusive marriage, becoming a single mother to two children, Kelvin and his younger sister Tameisha.

Republicans in our state are at a crossroads. We've seen what's at stake in our country. The Biden Administration is currently wrecking our economy, creating a crisis at our border, and systematically dismantling every bit of the "America First" agenda implemented over the last four years. Career politicians, woke corporations, and the cancel culture are all empowered while our families and small businesses are left to pay the price. As the GOP, we have to decide right now if we are knocked down or knocked out. Personally, I am ready to take back our state and fight for the future of our country!

Many of you across Georgia know my wife, Janelle, and me. I am a graduate of the United States Air Force Academy, a proud veteran, and the owner of a successful construction company. At the same time, my story includes being born to a teenage mother, raised in a single-parent home, and overcoming the challenge of poverty.

Statistically speaking, I shouldn't have made it. I truly am a product of the American dream, which makes me the fiercest defender of freedom, opportunity, and American exceptionalism.

Together, we can preserve the American dream for future generations but we must... ​ 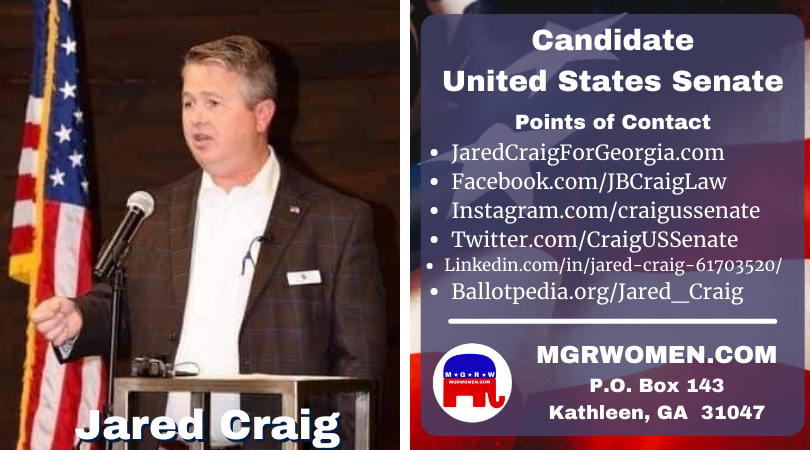