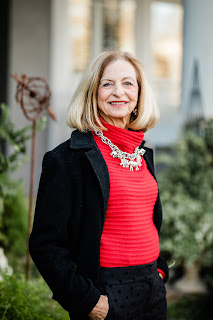 Frankie is the current President of Middle Georgia Republican Women. Prior to her election to president Frankie served several terms as secretary and Chaplain. Frankie has also served since 2017 with her husband Mike as co-chair of the annual 8th District Republican Fish Fry. She is a member of the Houston County GOP where she serves as hospitality chair for County and District events. She also is a member of the National and Georgia Federation of Republican Women. She is currently a member of the GFRW nominating committee. Frankie became politically active in 2014 as chair of David Perdue’s successful Middle Georgia Campaign for United States Senator. She is currently co-chair of Senator Perdue’s 2020 Middle Georgia Campaign for Red-election to the United States Senate. Frankie retired from the Houston County School System in 2010. She was a Health/Physical Education/ teacher and coach for 16 years and was Executive Director for Professional Learning, Health, Physical Education and Drug Free Schools for 20 years. Frankie is an avid gardener and loves making her yard a beautiful place for herself and others to enjoy. She is a long time member of the Heather and Friends Garden Club! She is also a member of the women’s civic organization Sagodera Club in Perry Georgia and served as Vice President for two terms. Frankie is a lifelong resident of Houston County. She has been married to Mike Ross for 32 years and has one son Allan Ross.